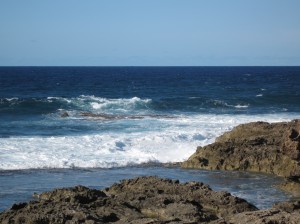 I got word today that Wilma Mankiller is not well. That’s a huge understatement but it is not for me to speculate on her health and anyway, there is information elsewhere about her condition. I was mostly relieved that the news wasn’t what I originally thought it was going to be. She is hanging on and that means I will pray for her: pray that she is not in pain, pray that whatever is wrong will not get worse and pray that her family is holding up during this most trying and devastating situation.

Wilma’s name and legendary reputation preceded my meeting her, which made me feel all the more honored when I did meet and get to spend time with her . She included me in her book “Every Day Is A Good Day”. Although some people are under the impression that a group of women got together and had a conversation that Wilma then transcribed into this book, that is not what happened. I sat down and ‘talked story’ (as we say in Hawai’i) for a couple hours with Wilma on one of her trips to Kona, where she and Charlie rented a house near the ocean. Wilma had a list of very profound questions on various topics. Fortunately she gave me an opportunity later to edit my answers after I had more time to think about the questions. I haven’t looked at the book in a few years but I do remember the incredible depth of the conversation as it came out in the book. I was flattered to be in the esteemed company of the other women who were included in the book and hope I represented my community adequately.

I have seen Wilma a couple times since then. She was always involved in something and always intellectually curious, very sharp. When I think of people whom I deeply admire, Wilma Mankiller is at the top of that list. The world is a better place because of her. Mahalo, Wilma.