Between the Deep Blue Sea and Me

Moana Kawelo, PhD, has a promising career as a museum curator in Los Angeles. The untimely death of her father and the gravitational pull of Hawaii when she returns home for his funeral causes Moana to question her motivations and her glamorous life in California. Between the Deep Blue Sea and Me is the story of Moana s struggle to understand her ancestral responsibilities, mend relationships, and find her identity as a Hawaiian in today s world.

AUDIO
About the book: http://www.teachingbooks.net/

Walking In A Sea Of Dreams 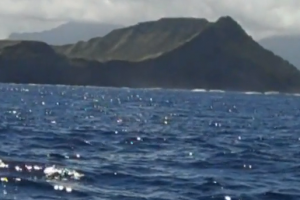 “Waking in a Sea of Dreams” is a fiction story I want to write.  It will be a prequel my locally bestselling novel, “Between the Deep Blue Sea and Me”, a contemporary story about Hawaiian identity and culture. Albert Kawelo, the father, dies suddenly at the beginning of “Between the Deep Blue Sea and Me” and the rest of the story is his daughter’s journey to discover the ancestral responsibilities he never told her about.   “Waking in a Sea of Dreams” will be Albert’s story.  In order to understand why he turned his back on his culture and didn’t pass on his family history to his daughter, the story must begin with the birth of the Hawaiian Islands, when gods and humans lived freely among each other. Framed in an accurate historical setting, which I’ve been researching for the past year, Albert will relate to his unborn granddaughter the history of O’ahu and how their earliest ancestors lived in Puʻuloa, the area now known as Pearl Harbor.  As centuries pass, O’ahu becomes part of the Hawaiian Kingdom under Kamehameha, and from there come Christianity and the foreign influences that shaped contemporary O’ahu.  Throughout this time Albert’s family stayed on the ‘Ewa coast so they could fulfill their responsibility as keepers of a guardian shark.  His family moves to Honolulu in the late 1940s, when he is a young boy, and from there he will tell the story of his own life and why he turned his back on his culture and the responsibility he inherited.   This story will be told from Albert’s viewpoint and through stories from his family that were passed down to him.  Research for this project to assure its accuracy and authenticity has included conducting interviews with cultural practitioners and historians, studying the ancient chants, researching history books by Hawaiian authors, reading Hawaiian newspaper articles from the 1800s and early 1900s and reviewing other obscure print and internet sources.  The funding support I receive from Kickstarter will help me to cover living expenses while I write for the next several months  to complete this manuscript.