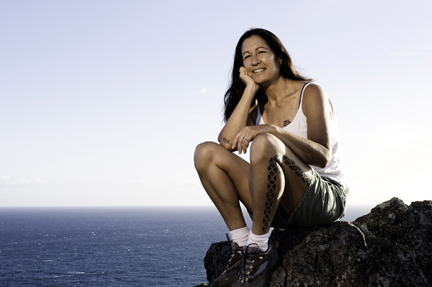 I am Lurline Wailana McGregor, born to a Native Hawaiian, Chinese, Scottish father and German mother. I grew up in Honolulu, Hawai’i in a community that reflected my own multi-cultural background.

Highlights of my career to date include my work in Washington, D.C. for Senator Inouye on the Senate Select Committee on Indian Affairs, Executive Director of Pacific Islanders in Communications, a Pacific Islander broadcast consortium to increase the amount of Pacific Islander programming on national PBS, President/CEO at ‘Olelo Community Television, where I created a Native channel called NATV.

Author of  Between the Deep Blue Sea and Me, released November 2008. The book made the Honolulu Advertiser’s bestseller list three times within three months of its release and won the National American Indian Library Association Award for Best Young Adult Fiction in January, 2010.

I was also the Native Hawaiian winner of the national Native Insights contest for best essay on economic recovery last October, 2009.  I have received various awards throughout my career, beginning with a “Distinguished Hawaiian Women” award from Alu Like in 1983,  followed by a number of different awards for videos I have produced, executive produced, directed, etc.

Most of the trophies on my shelf, though, are for canoe paddling, a sport I have embraced  since the early 1990’s.  I live in Honolulu, about a mile and a half down the road from the house in which I was raised, have two kitty cats, Makana and Hehoa, and am currently writing a prequel to Between the Deep Blue Sea and Me entitled Waking in a Sea of Dreams.